WIRES, Wildlife Information, Rescue and Education Service, is the largest wildlife rescue organisation in Australia, focused 100% on improving outcomes for Australian wildlife. WIRES has been actively rescuing, rehabilitating, and working to preserve Australian wildlife for over 35 years.

WIRES operates Australia's largest wildlife rescue office receiving over 180,000 calls to our 1300 094 737 number per annum. The rescue team has been expanded and is available 24/7 to assist the community nationally with wildlife information and rescue advice. WIRES works closely with the community, vets and rescue organisations around Australia to help rescue and rehabilitate sick, injured and orphaned native animals.

WIRES has also developed a professional Emergency Response Team (ERT) with full-time Emergency Responders in QLD, NSW and TAS working closely with local volunteers to manage the high volumes of rescues during emergency situations. In NSW, WIRES has over 3,800 volunteers involved in wildlife rescue and rehabilitation. In addition, WIRES is supporting wildlife organisations in QLD, NSW, SA and TAS with access to WIRES rescue communications platform to help facilitate faster rescues.

WIRES has supported hundreds of national projects to increase wildlife rescue and rehabilitation capacity, including the provision of food for wildlife in care and the purchasing of medical supplies, rescue equipment, enclosures and facilities. After the Black Summer fires WIRES initiated Emergency Relief Grants that supported 223 projects across Australia and has since launched a new five-year National Grants Program designed to provide support to the rehabilitation sector.

WIRES has created a National Training Grants Program to support rescue organisations’ access to wildlife training to improve the skills of new and existing volunteers. There is a range of new courses planned for release in 2022. WIRES is also working closely with research institutions to identify and support programs to improve rehabilitation and release outcomes.

Australia has the worst mammal extinction rate in the world and the series of unprecedented disaster events in recent years have taken an enormous toll on native species. We have experienced horrific droughts, fires, floods and extreme weather and scientists have confirmed that we will continue to experience more frequent, intense extreme weather events due to climate change. Long term and short-term solutions are needed to help native species recover from these disasters and reduce their future risk, and WIRES is collaborating with leading research institutions, government agencies and environment organisations, to identify the best programs and projects support national wildlife recovery, protection, preservation and conservation.

The catastrophic 2019/2020 bushfires took an unprecedented toll on native animals and this crisis event was preceded by one of the worst droughts in Australia's history. The fires destroyed millions of hectares of critical wildlife habitat, and there are hundreds of species at risk of extinction. WIRES established an Emergency Fund to respond nationally to these disasters and support the long-term recovery of native species. The global support of WIRES work with wildlife has already delivered enormous impact for wildlife and we have many major projects in the pipeline. Learn More 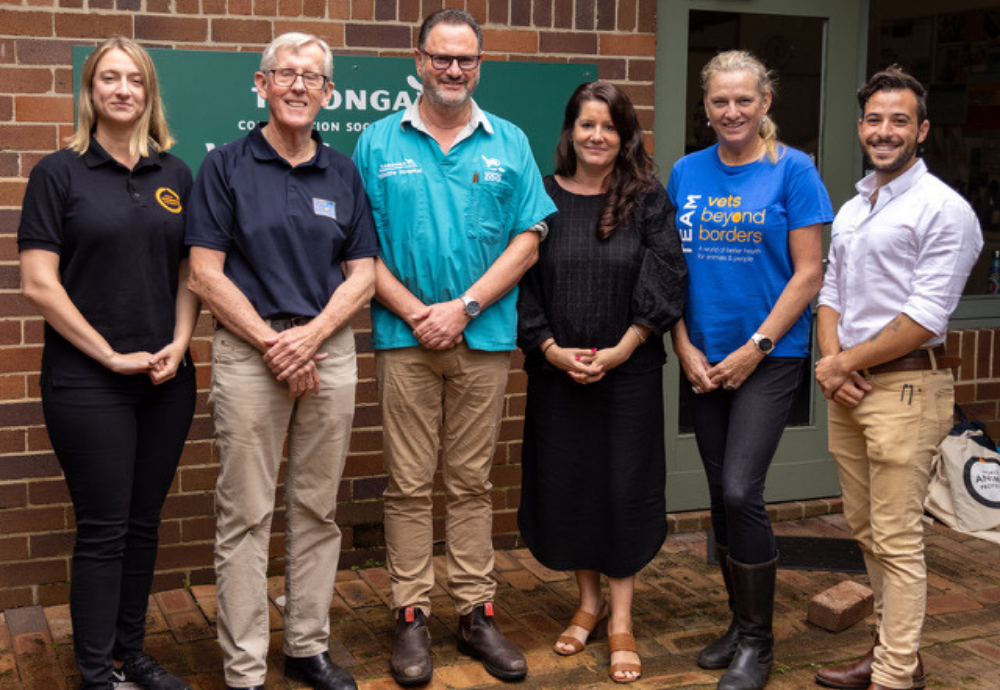 Vets Beyond Borders - upskilling the veterinary sector to help wildlife 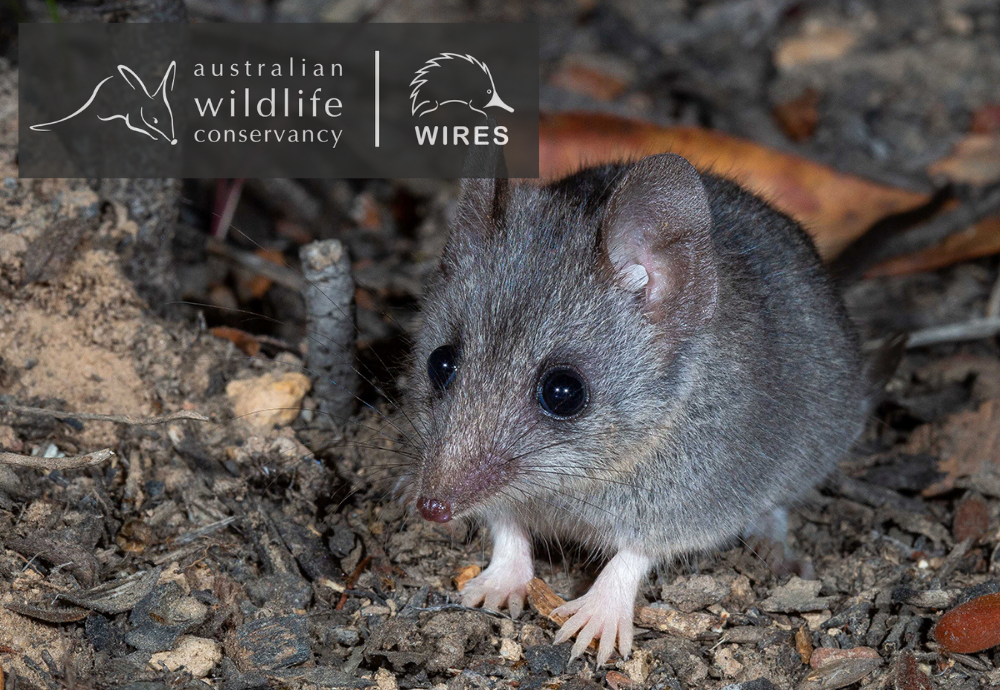 The WIRES Emergency Response Team attended the Response, Recovery and Resilience Expo, held at the Mittagong RSL on the 3rd... read more 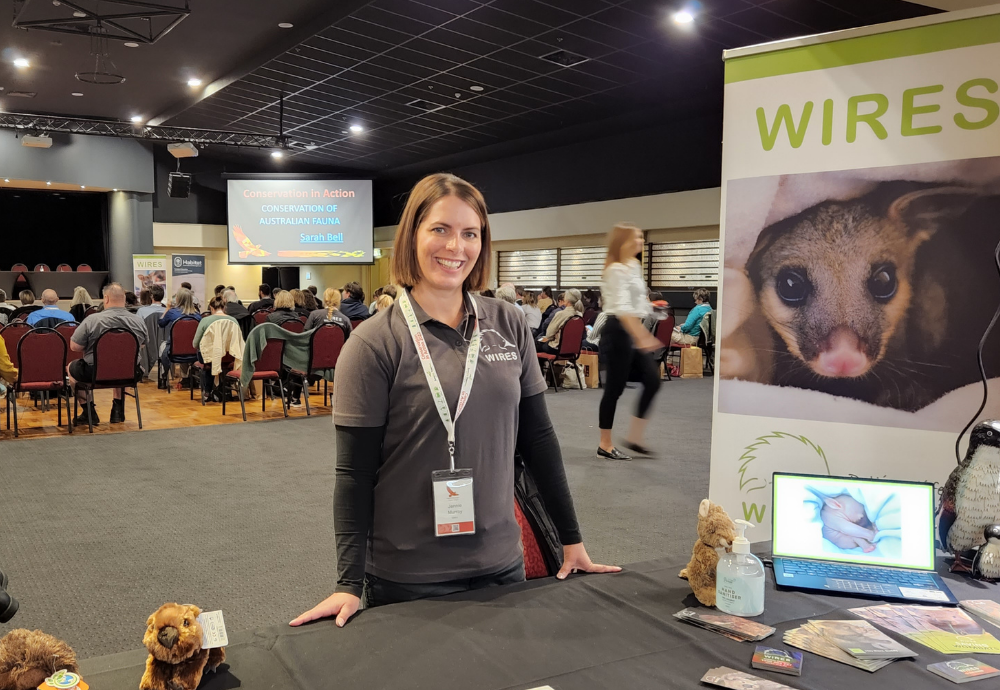 The Conservation in Action Conference in Orange, NSW this month brought conservation leaders together nationwide. From presentations by government agencies... read more 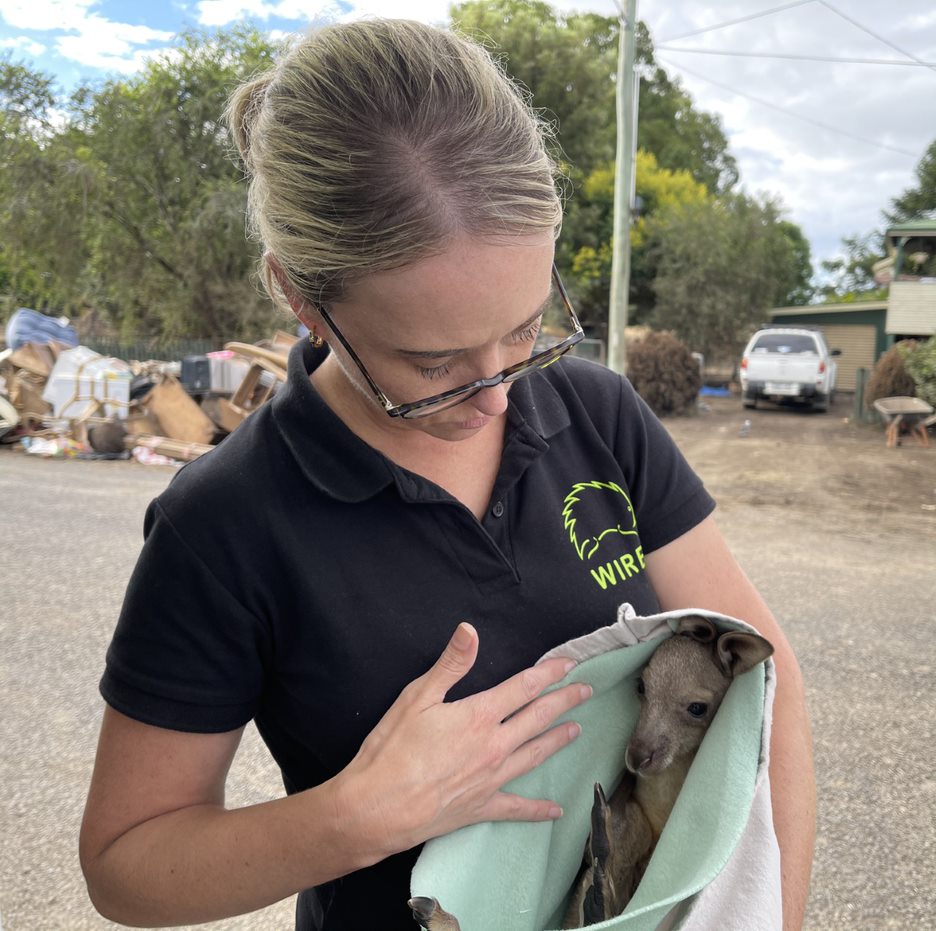 As the floods recede and access becomes possible, our teams have continued to reach into flood affected areas to rescue... read more 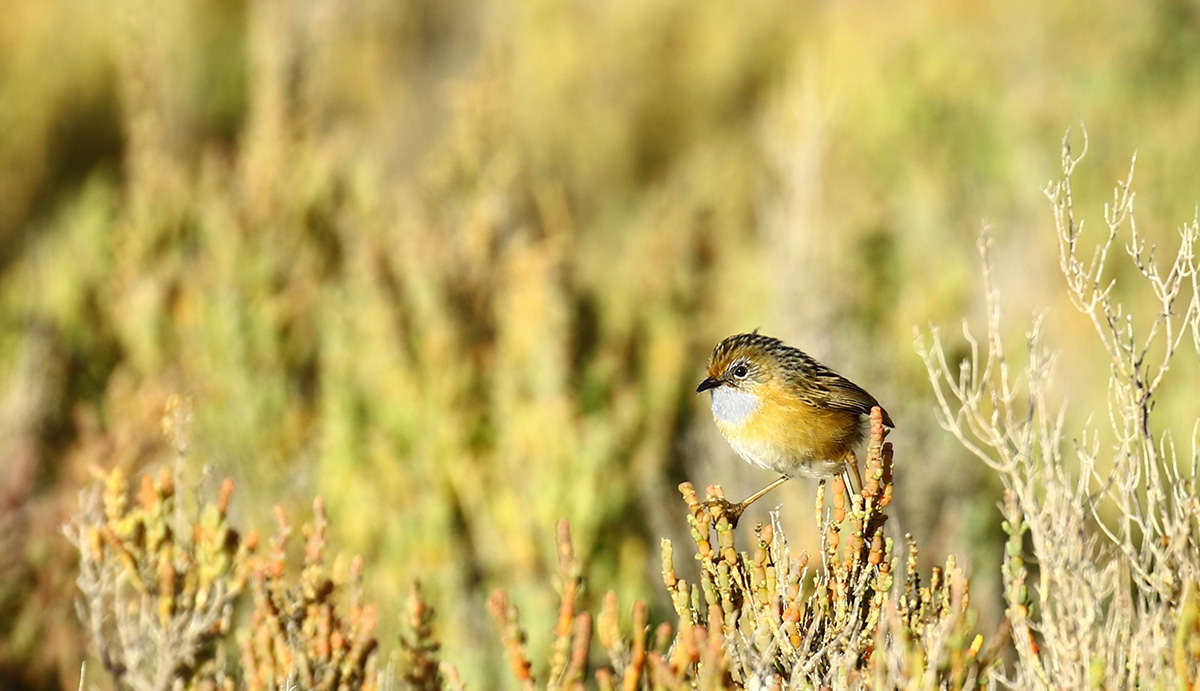 WIRES has announced the 67 recipients of the 2021 WIRES National Grant Program whose projects aim to improve outcomes for... read more 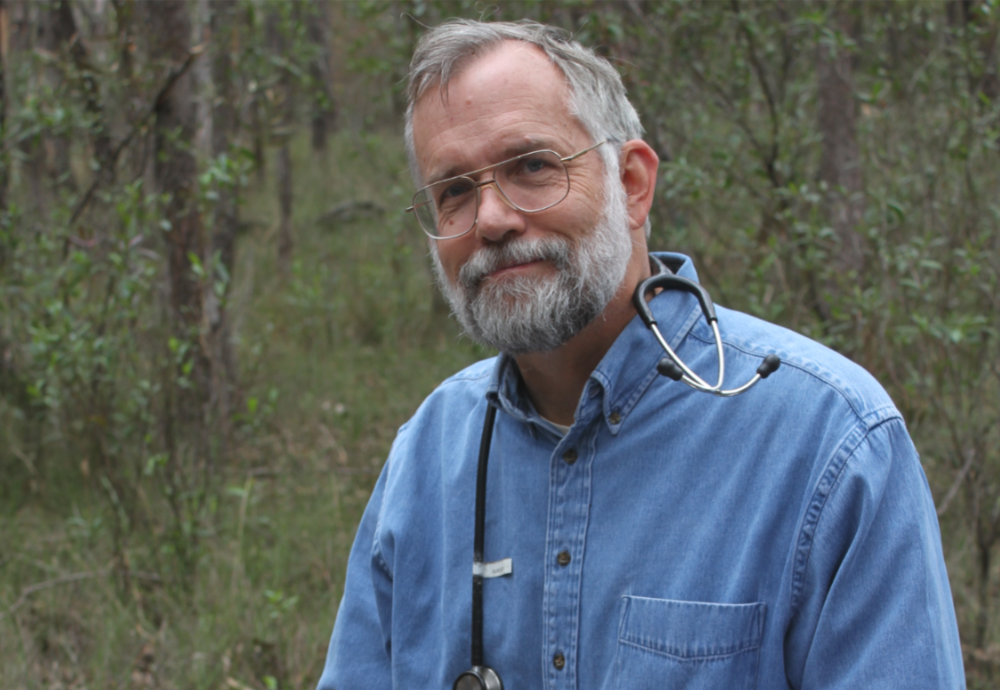 WIRES is currently funding research at the University of Sydney School of Veterinary Science to better understand and manage wildlife... read more 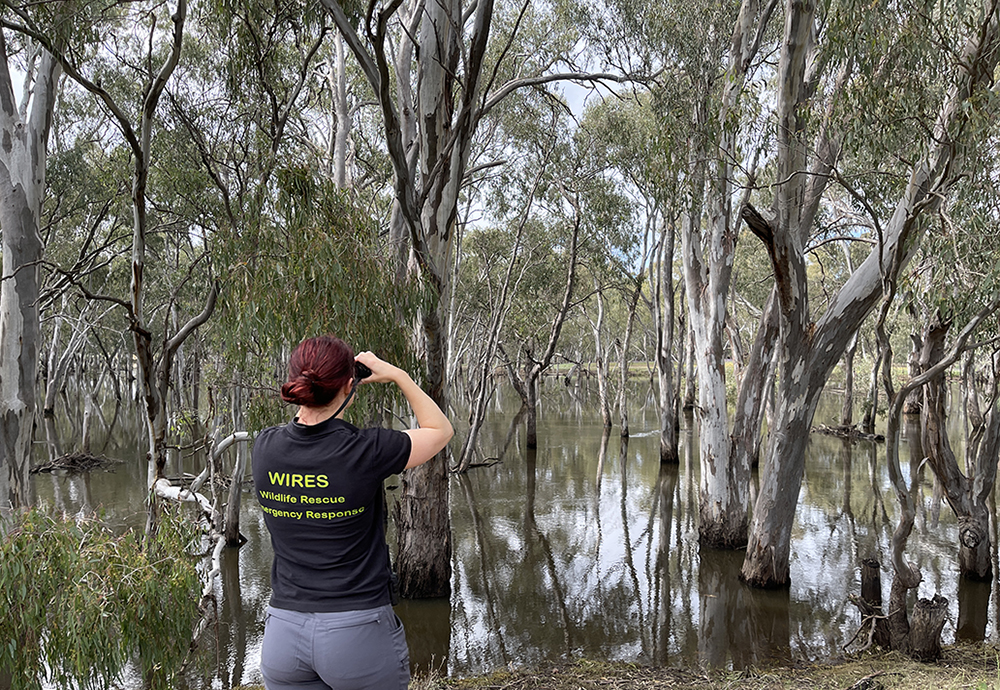 Phillip Island is home to a colony of over 1.4 million native short-tailed shearwaters! This migratory bird is protected and... read more 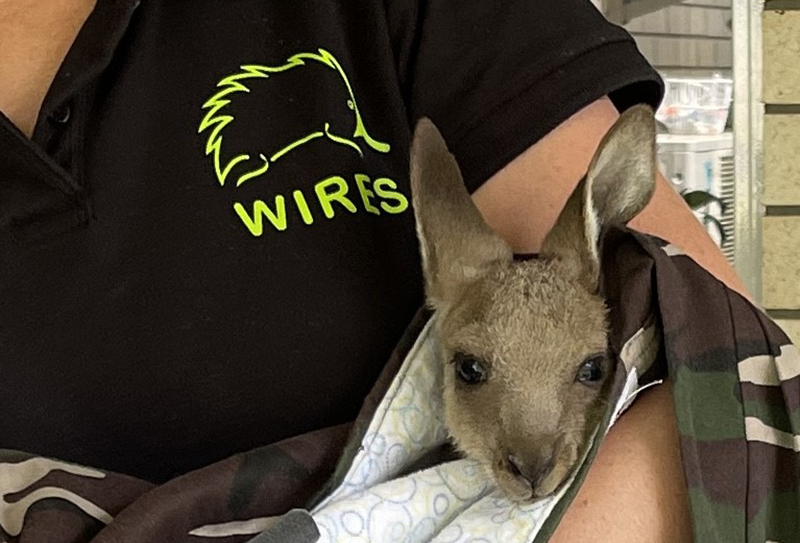 As storms and heavy rain continue to cause widespread flooding, we are receiving calls to assist animals impacted by the... read more

Updated 21st March 2022Thank you to all the veterinary practices who applied for a WIRES Flying-Fox Veterinary Vaccination Grant in... read more 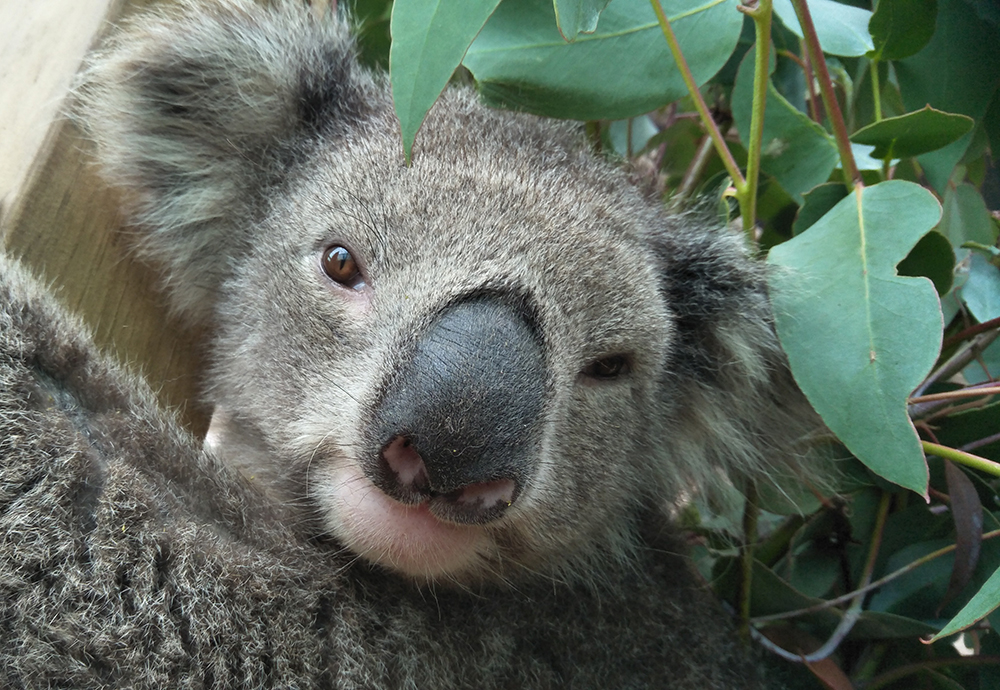 As part an ongoing commitment to protect and preserve koala species nationally, WIRES has announced a major grant to the... read more

If you work with Australian wildlife and their habitats, WIRES is interested in hearing from you! This survey will be... read more 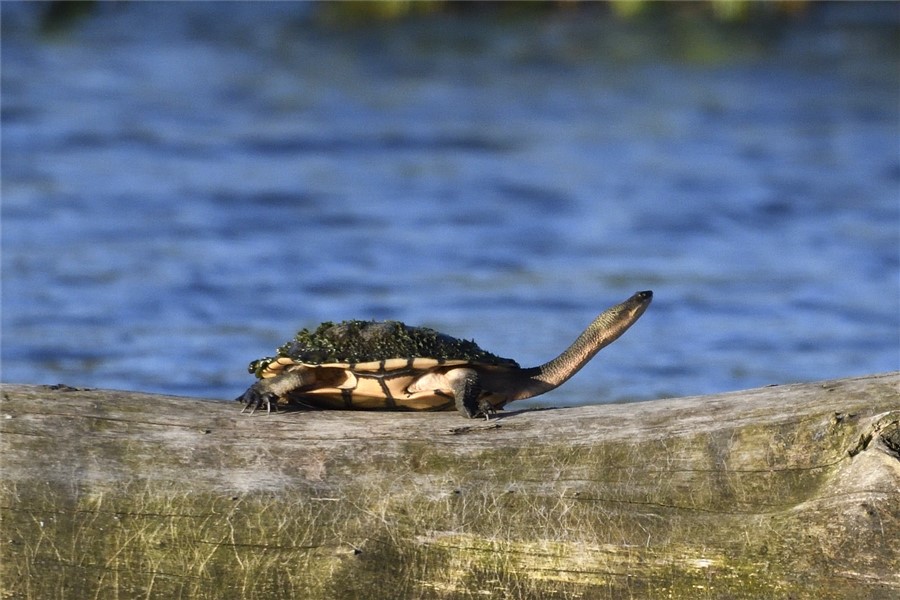 November is Turtle Month and WIRES has announced it will be supporting more projects to address the vital conservation of... read more

To mark the official day of the Wombat, WIRES has announced a range of new initiatives to support this much... read more 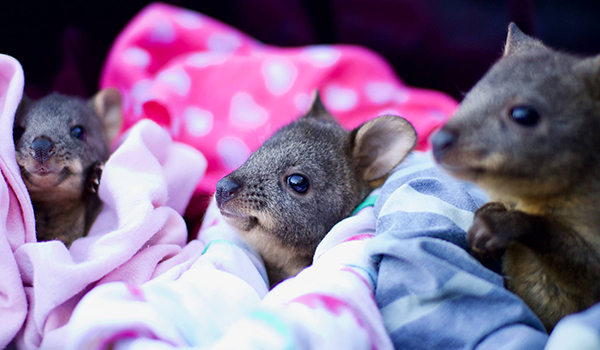 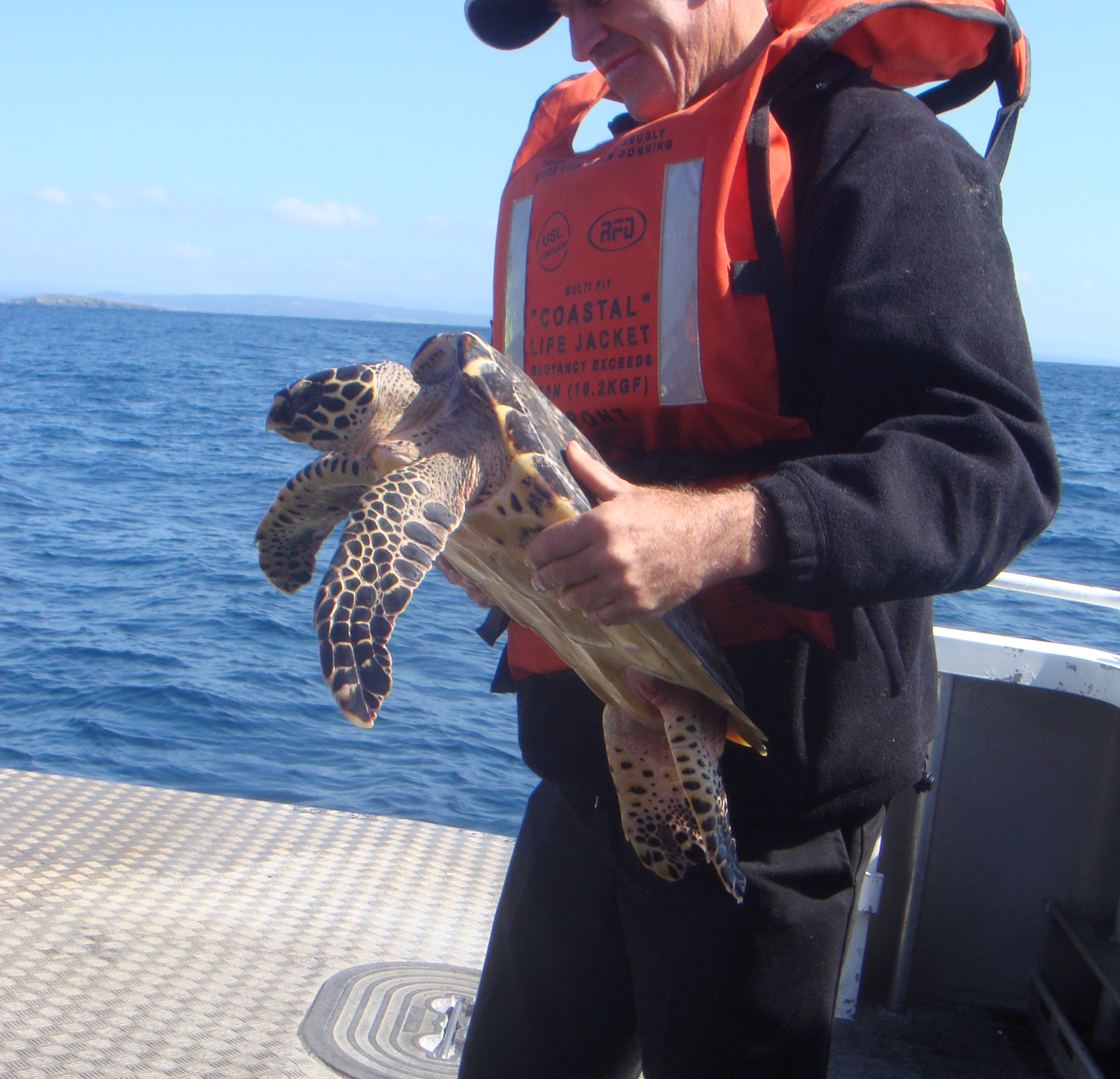 To celebrate #NationalScienceWeek we caught up with our partners AussieArk to talk about conservation ecology, threatened species and the Barrington... read more

WIRES is undergoing a comprehensive review of wildlife rehabilitation facilities across NSW.   This will lead into the biggest rehabilitation capacity... read more 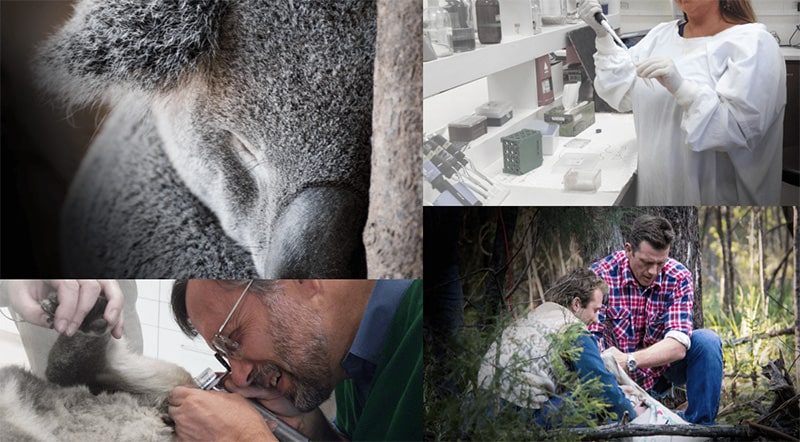 Following the major 2019/20 bushfires, the Koala Health Hub (KHH) at the University of Sydney was the recipient of a... read more

WIRES has announced it will fund a $1.5 million wildlife research grants program to be launched early 2022. This program... read more 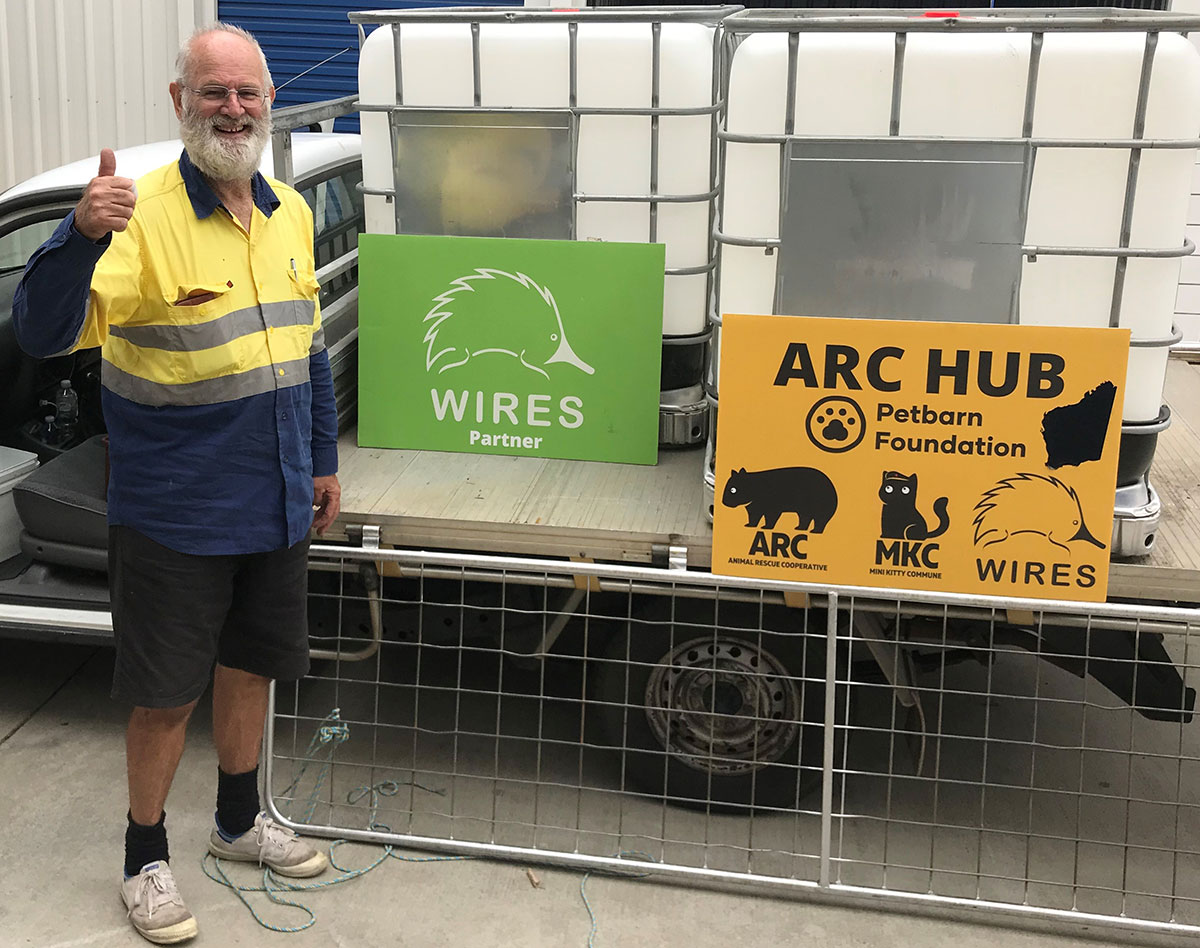 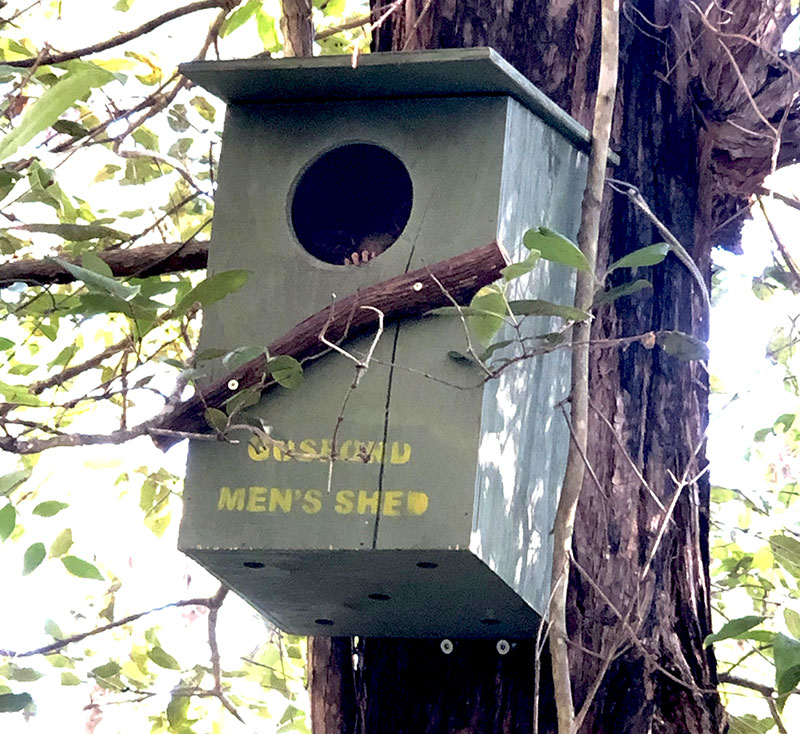 Natural tree hollows are an increasingly scarce and valuable resource for many native species and for some they are essential.... read more

Extreme weather events can result in stress and shock for wildlife. As storms and heavy rain continue to lash Australia,... read more 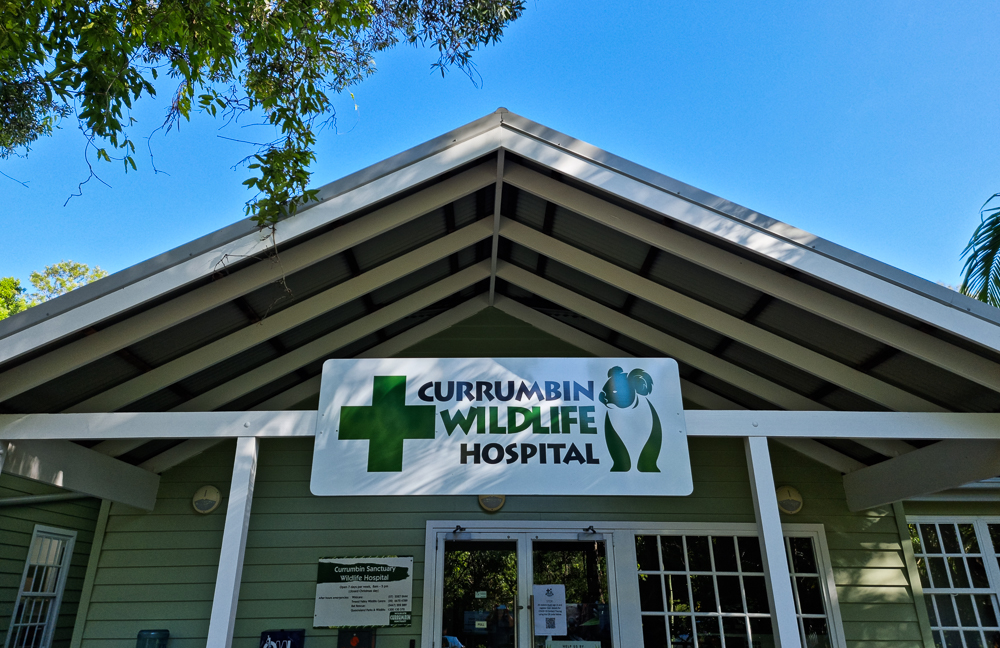 Just 12 months ago Australia was at the end of our worst fire season in history, which followed one of... read more

Make a Pledge For Our Fauna

In collaboration with Vets For Climate Action we are taking time to remember the 3 billion native animals affected by... read more

The release of the 10-year independent review of environmental laws by Professor Graeme Samuel AC is the reform Australia desperately needs... read more

A year on from Australia’s worst bushfire season in history, WIRES and Bush Heritage Australia continue to work collaboratively across... read more 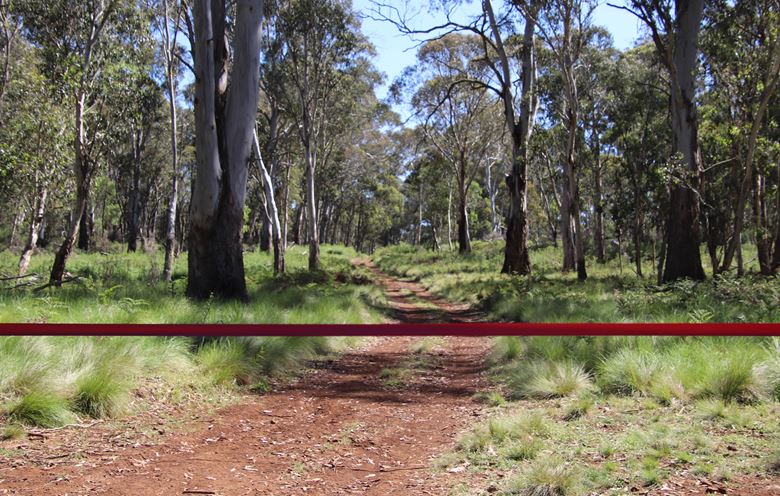 Official Opening of Barrington Wildlife Sanctuary © WIRES WIRES was invited to Aussie Ark for the official opening of their... read more

UPDATE: Applications for Round 1 have closed. Round 2 Applications are now open   please visit https://www.wires.org.au/veterinary-vaccination-grants to apply WIRES... read more 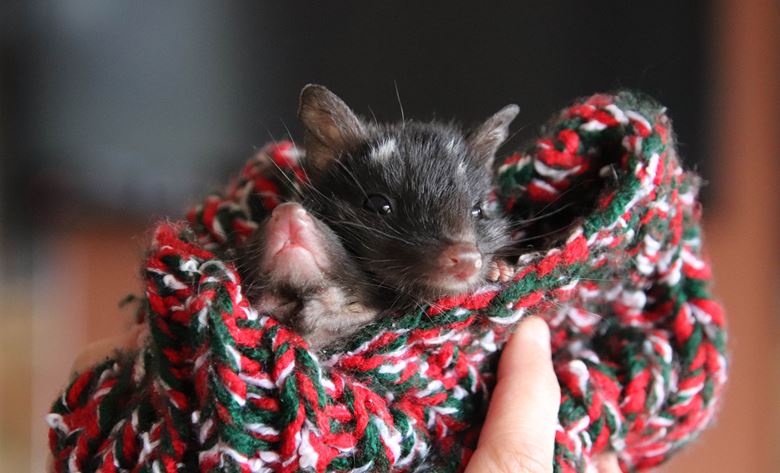 WIRES is Preparing for the Bushfire Season

With the bushfire season fast approaching WIRES has been working on a range of initiatives and programs in preparedness for... read more

WIRES has granted Aussie Ark $1,045,000 to support the long-term recovery of native threatened wildlife The funds will be directed towards... read more

WIRES is proud to announce the Water for Wildlife collaboration that will build and distribute $1 million worth of arboreal... read more 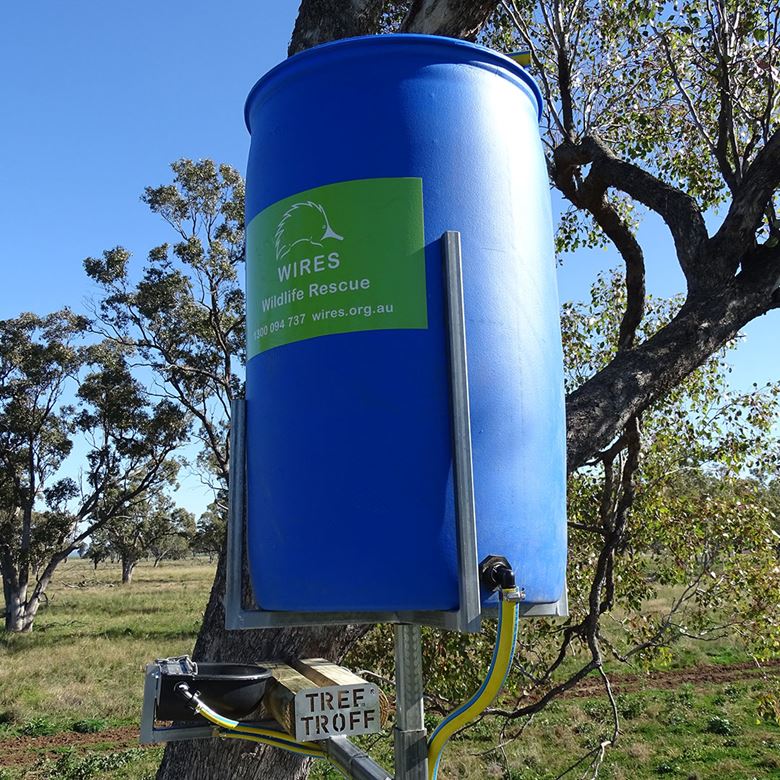 WIRES Water for Wildlife collaboration will build and distribute $1 million worth of arboreal water stations for native wildlife. The... read more 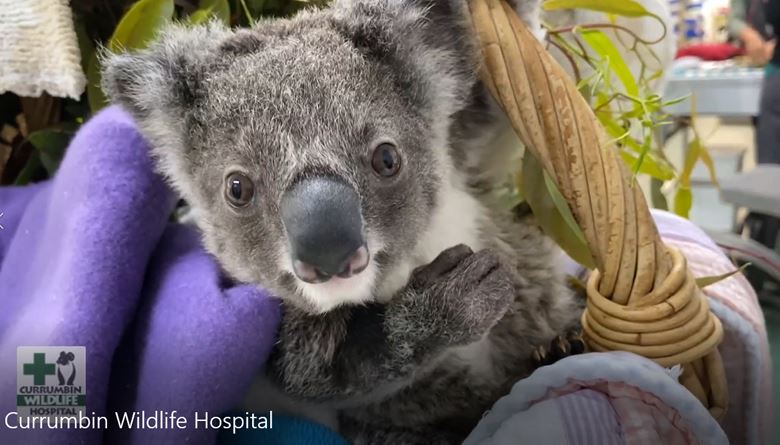 Image: Steve Holland PhotographyWIRES is proud to be supporting Currumbin Wildlife Hospital, Queensland to expand its facility and be equipped... read more 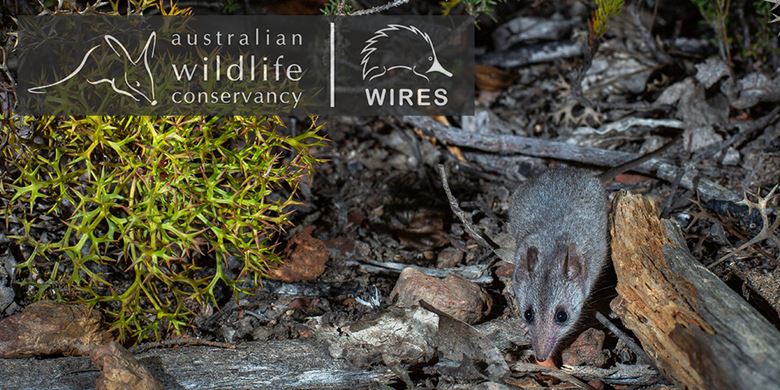 WIRES and the Australian Wildlife Conservancy (AWC) have joined forces to help save threatened Australian wildlife in response to the... read more

WIRES and Landcare Australia award $1.185 million to 64 groups across the country in post-bushfire wildlife habitat regeneration

Monday July 13 2020: WIRES and Landcare Australia have announced that 64 environmental groups across the country will benefit from... read more

WIRES has announced a three-year grant to the Koala Health Hub (KHH) a University of Sydney initiative to support koala... read more

WIRES has announced a three-year grant to the Koala Health Hub (KHH) a University of Sydney's School of Veterinary Science... read more

The first week of January 2020 was one of the worst in our history, as the ongoing tragic toll of... read more

The emergency events over the last spring and summer were some of the worst ever experienced. Many vets were inundated with... read more 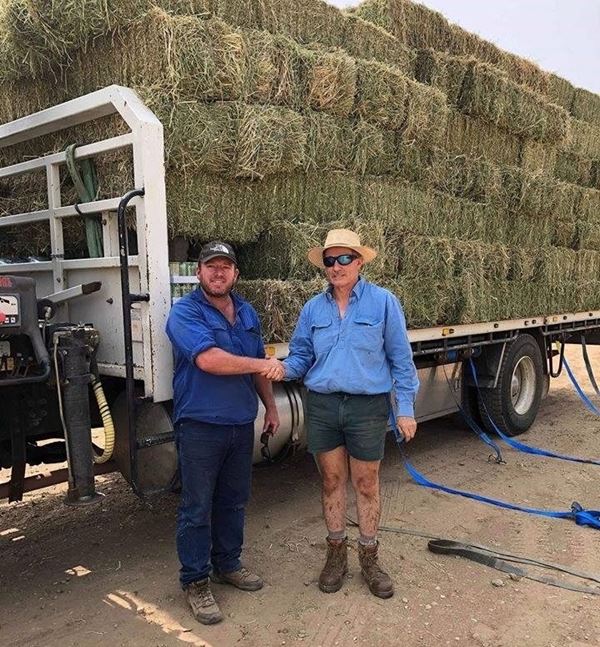 WIRES have been working closely with ARC, the Animal Rescue Cooperative, during and in the aftermath of the bushfires that... read more 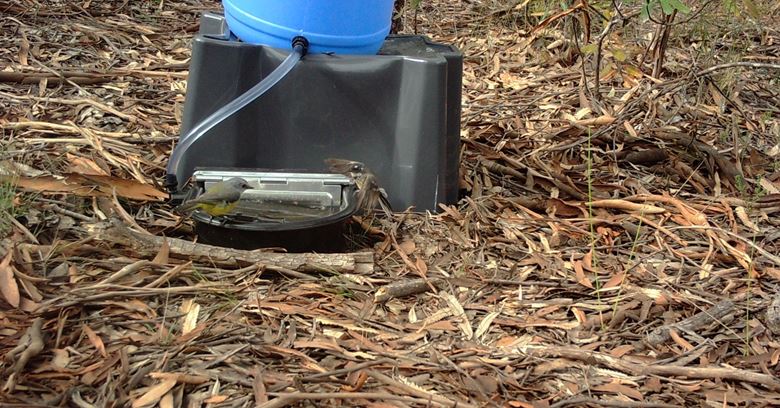 Due to the tragic fires and drought surviving wildlife in the wild have been facing significant challenges. Additional access to... read more

In the aftermath of Australia’s devastating bushfires and drought, WIRES (NSW Wildlife Information and Rescue and Education Service Inc) has... read more

WIRES has partnered with The Ripper Alliance investing $150,000, with the generous support of Westpac, in a six-month trial to... read more

After months of concurrent fires devasting Australia there are still dozens of fires burning in NSW alone.  During the worst... read more

During the emergency events underway in Australia WIRES have received an overwhelming amount of calls, enquiries and offers of help from... read more

Statement from WIRES CEO, Leanne Taylor. For immediate release, 10th January, 2020. In what has become one of Australia’s most... read more

It is with shock that we continue to face the unfolding fire and drought catastrophe in NSW and Australia. Over... read more

Updated 6th Feb During the worst drought on record, catastrophic fires have ravaged Australia for months. Over 4.9 million hectares of... read more

NSW is again in a State of Emergency, there are currently 135 fires still burning in NSW, over 4 million... read more 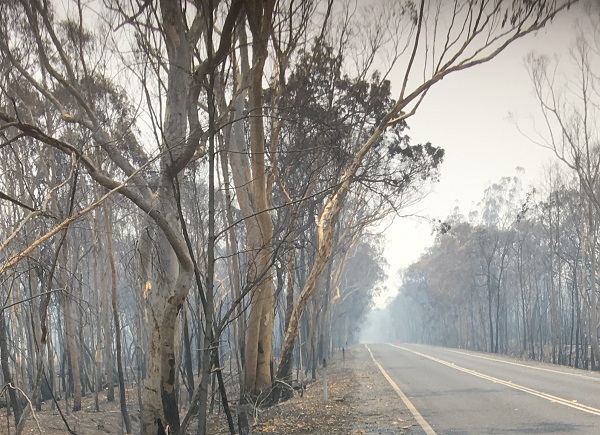 Over 2 million hectares of land have been burnt, dozens of fires are still burning and we are now bracing... read more 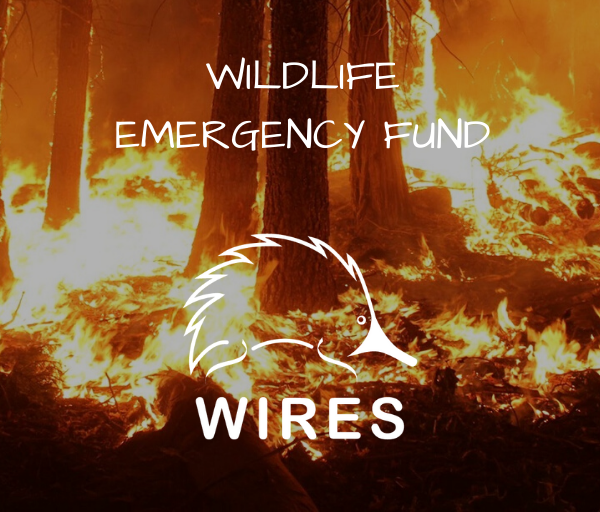 NSW Premier Gladys Berejiklian has declared a state of emergency due to the catastrophic fire conditions.  The state is facing... read more

The University of Sydney